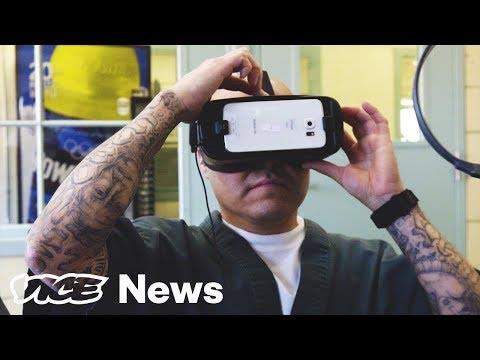 Six Colorado inmates sentenced to decades in prison as teenagers in the ’80s and ’90s thought they would never get out. During their 20-plus years behind bars, technology has changed the outside world dramatically.

The criminal justice system has changed, too, becoming more forgiving of people who commit crimes as juveniles. Since 2005, the U.S. Supreme Court has slowly chipped away at harsh, mandatory sentences for kids, ultimately finding in 2012 that it’s unconstitutional to sentence juveniles to life without parole.

This year, Colorado started an early-release program for people convicted as juveniles who have already served 20 years of their sentences. To get ready for life on the outside, inmates in the three-year program use virtual reality to prepare for stressful situations and practice skills they never learned as teens, like doing laundry and grocery shopping.

VICE News visited the medium-security Fremont Correctional Facility as they used VR for the first time.