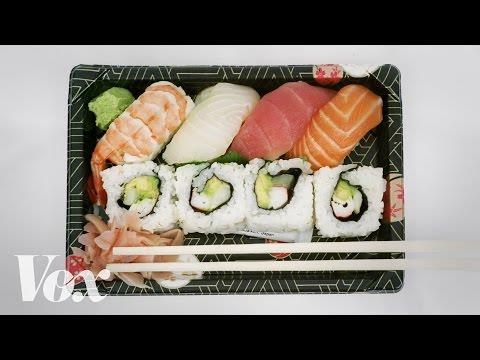 Here's how it rolled from rice paddies into your burrito.

One ingredient has been a staple in sushi for over a thousand years—but it began in southeast Asia as a fish preservation method. Farmers would catch fish in rice paddies during the monsoon season. The caught fish were then pickled by salting the entire fish, packing it with cooked rice and weights, and sealing it in a barrel. This method helped prevent the fish from spoiling and gave the fish umami, the savory flavor. It wasn’t until this preservation method made its way to Japan, during the 8th century, did the rice began to be eaten with the fish.

Vox.com is a news website that helps you cut through the noise and understand what's really driving the events in the headlines. Check out http://www.vox.com to get up to speed on everything from Kurdistan to the Kim Kardashian app.